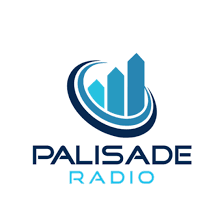 April 28, 2020 Collin Kettell Palisades Goldcorp Ltd.     First Come the Majors, then the Mid-Tiers, then the Juniors Understanding how mining cycles work is a pre-requisite in junior resource investing. Whether you talk to Rick Rule, (who we just interviewed on Palisade Radio on this very topic), or Frank Giustra, or Jordan Roy …

April 25, 2020 Collin Kettell Palisades Goldcorp Ltd. collin@palisades.ca     Bull markets reach their peaks when there are no suckers left on the sidelines. A 1996 FORTUNE Magazine article titled When the Shoeshine Boys Talk Stocks It was a Great Sell Signal in 1929 tells the story of Joe Kennedy, a famous investor of his day. Joe Kennedy wrote of his experience leading up to the Great Depression – “Taxi drivers told you what to buy. The shoeshine boy could give you a summary of the day’s financial news as he worked with rag and polish. An old beggar who regularly patrolled the street in front of my office now gave me tips and, I suppose, spent the money I and others gave him in the market. My cook had a brokerage account and followed the ticker closely. Her paper profits were quickly blown away in the gale of 1929.” Taking this example into modern day… When your uber driver starts talking up Bitcoin, or your grandparents extoll the benefits of cannabis equities, your gut reaction to jump ship may be one worth noting. As I have written about in my latest articles, gold and gold stocks are emerging from a prolonged bear market. Already, the narrative is beginning to catch airwaves, with Bank of America recently calling for $3,000 gold. But how many investors are paying attention? How many people actually hold gold stocks in their portfolio? The answer is shockingly low and that is despite industry bellwethers Barrick (NASDAQ:GOLD) and … Continue reading →

April 23, 2020 Collin Kettell Palisades Goldcorp Ltd. collin@palisades.ca     The Toronto Venture Exchange is a well-known proxy for the junior resource sector. The index has been in a decade’s long lull, which was further exacerbated by the precipitous decline in March of this year. I touched on this two weeks ago in an article titled The Bigger the Base, the Bigger the Bull. Get this… Since its peak in 2007, the Venture is down over 90%! With 55% of the Venture comprised of resource related equities, that means the junior sector (responsible for that drop) is off more like 95%! Find me another exchange that has performed as poorly since the ‘08 crash. You won’t. In fact, almost every index out there is up considerably over that time frame. Even the Australian Stock Exchange, which is heavily weighted towards mining, is up since 2008. But like they say, what goes up must come down. And less supported by the laws of physics… what comes down, must go up. For those closely monitoring the juniors, the past couple weeks certainly feel like the onset of that inevitable move higher. Take a look at the below chart, which shows a one-year performance of the Venture Exchange. Note – that “feeling of a bull market” emerging has occurred over a very short time frame. Now lets zoom out to a fifteen-year view of the index, and take a snapshot of what that “feeling of a bull market” move looks like in context … Continue reading →

Are We in a Gold Bull Market? You Betcha! Read More »

January 17, 2020 By Collin Kettell What will it take for juniors to move? On January 7 gold broke above $1,600 per ounce for the first time since 2013, on the back of retaliation by Iran against the United States. As often is the case, this move in gold prices occurred during afterhours trading. By morning, gold had retraced the key level. Gold stocks never so much as benefited from the excitement, instead suffering a harsh day in the red. For investors focused on the juniors, the day proved particularly painful. This price action sparked calls from frustrated investors curious to make sense of the erratic moves. One of those calls came from a good friend of mine who posed a question that has become the inspiration for this week’s article – How is it that at $1,600 gold, the juniors are priced at 1/10th of where they were last time when gold was at the exact same price in 2013? This is a fantastic question. The answer is critical for junior resource investors, as it has far reaching implications that are instructive on how to profit from the upcoming move. Remember that junior resource companies are fundamentally unlike major mining companies. Mining companies produce gold with an aim to generate profit by selling that gold at a higher price than the cost to extract it. As such, a comparison between the valuation of major mining companies today versus the last time gold registered these levels is a worthwhile exercise. Let’s take … Continue reading →

December 3, 2019 Collin Kettell Palisades Goldcorp Ltd. collin@palisades.ca     A Crash Course in Junior Mining – what mining and technology share in common Last week I spoke about the impending junior mining mania that will soon unfold. This move will be violent, extreme, and in many cases, the gains produced will be life changing. …