Since I have been closely following the unfolding—and somewhat constantly shifting tax policy of the Trump administration and the 115th Congress, I get asked often what will happen, if anything, to FATCA, the Foreign Account Tax Compliance Act.

Recall FATCA has turned virtually every foreign country and bank into an agent of the IRS, reporting back to the US Treasury on the holdings of US “persons”.

Along with a bunch of additional requirements, like the odious Foreign Bank Account Report, it presents a truly formidable fiscal challenge even for the ‘normal’ expat.

Most countries folded and signed agreements with the US where they agree to share financial information of US persons, under clear threat of punishing withholding taxes of US sourced payments to people in those countries.

Even Vatican City signed up. Some countries have taken their time, and there has been more or less some push-back. The interesting thing is that there was a promise in the Republican party platform to repeal FATCA.

I have been a delegate to National Conventions, so I can tell you the language in these much fought over platforms has often ended up in the dustbin. But the Trump administration is anything but normal.

Could they try to repeal FATCA? The first hurdle is that FATCA may not be as high as we could wish on the administration’s tax priorities. Well ahead is Obamacare repeal (remember it has plenty of tax components) plus the Trump “big border tax” (in whatever way it ends up taking shape).

FATCA, for all the headaches it causes, is seen by some in the Congress, and Treasury and Justice departments as a mechanism to detect and prevent offshore tax evasion. It seems a difficult sell, even in Republican circles, to justify dismantling the very thing that was decried earlier.

Plus the concept was immediately borrowed “off the shelf by about 90 other countries which have adopted their own form of mandatory financial info exchange, the Common Reporting System, CRS.

Even if FATCA as we know it were repealed, there are plenty of other instruments the US Treasury is deploying effectively to detect whatever it wants to detect. Foreign Bank Account reports are tops on my list. Easy to “ fail to file”, it joins many other requirements imposed on US persons, designed to trap the unwary.

Just recently I wrote about mandatory reporting of ownership or control of foreign corporations. None would go away with a FATCA repeal.

We are in this for the long haul. 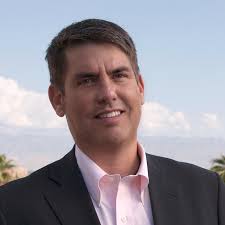 Orlando Gotay is a California licensed tax attorney (with a Master of Laws in Taxation) admitted to practice before the IRS, the U.S. Tax Court and other taxing agencies.
His love of things Mexican has led him to devote part of his practice to the tax matters of U.S. expats in Mexico. He can be reached at tax@orlandogotay.com, online radio at mixlr.com/orlandogotay