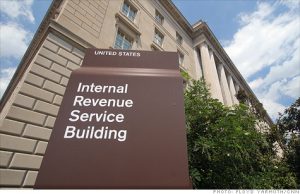 My comments are not intended to be a political statement in any way….

Much of the media and Hillary Clinton continue to badger Trump for not releasing his tax returns and they will probably continue to do so.

If Mr. Trump’s tax returns are currently under audit as seems to be acknowledged in the media, then we have a totally different situation.

Could Trump release his tax returns, of course he could, but why in the hell would he do so?

Let me tell you.

As a retired IRS Agent, I was the lead agent, team coordinator, on some of the largest corporations in the United States for many years.

If Trump is currently under audit, he would be foolish, in my opinion, to release his tax returns.

You may not like Trump, but he and his advisors are not stupid and their decision to NOT RELEASE his Tax Returns while he is under audit makes perfect sense to me and to several of my retired IRS friends and other CPA friends.

If released, Trumps returns would immediately be analyzed, questioned and scrutinized by millions of media appointed unofficial but ‘newly appointed’ eyes analyzing Trump’s tax returns.  The liberal media, attorneys, CPA’s and other biased political foes would be viewing Trump’s returns line by line.

These millions of new eyes would in effect be asking questions and raising issues via Twitter and/or Facebook or talking heads on CNN or FOX and those comments and opinions would no doubt reach the ears of the IRS Agents currently auditing Trump’s tax returns.

Now Trump no longer has only 1 or a few IRS Agents (probably working out of the Manhattan office) auditing his returns, but now there are millions of new eyes.

Would you want to be in this situation? I think not.

Would Warren Buffet really allow his tax returns to be made available to the public? I think not. Hell, Warren is not running for anything so who cares?

No one in their right mind would allow their tax returns to be made available to the press/media/public especially while they are under audit.

This does not imply they have something to hide, it’s just common sense.