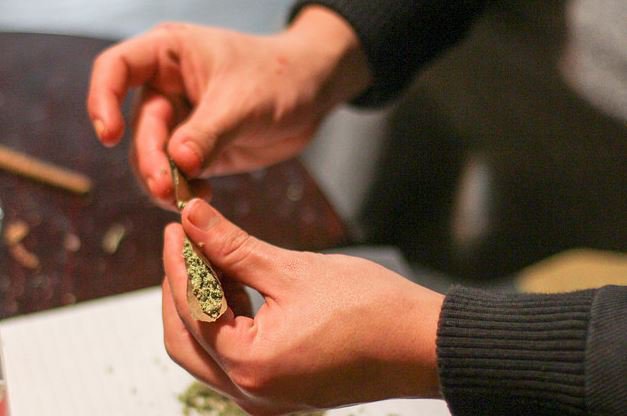 A senior manager of a company specializing in drug and alcohol testing at worksites says he’s concerned about impediments to implementing legislation and practices that will prevent workplace deaths.

Provinces across Canada enter a new era today with the legalization of cannabis. It’s something industry has been preparing for, for some time.

Dan Demers, who specializes in drug and alcohol testing for CannAmm Occupational Testing Services, which has offices in Edmonton and North Bay, Ont., said he doesn’t believe governments have taken enough steps to protect Canadians, at worksites and on roadways, as marijuana becomes legal countrywide today.

And Demers thinks the sheer size of the marijuana sector, with companies such as Canopy Growth Corporation having stock market capitalizations in the billions, will prevent governments from moving ahead on needed legislation and marijuana research.

“I worry that the cannabis producers will outspend energy industry associations and other groups in Canada,” he said. “We [the associations] can’t compete with that.”

He said companies like his and organizations and government departments involved in workplace safety, need to continue to advance the case that there is much that needs to be done to protect workers from injury and death.

Meanwhile, he worries that the euphoria over pot legalization will prevent needed steps from being taken to protect workers, particularly those at highly industrialized, risky sites such as oilsands plants.

For example, the need for random drug testing has been jeopardized by a recent Supreme Court ruling that challenged the right of Suncor Energy Inc. to implement such testing at its worksites (subsequently appealed by the company).

Demers worries that there could be ongoing Supreme Court challenges to the right of employers to conduct drug tests, based on what he sees as the false premise that it violates human rights.

“For instance, if there was a Supreme Court judgment that ruled that it doesn’t matter if a crane operator on an industrial worksite consumed marijuana before he went to work, that would worry me greatly,” he said.

Demers said he believes the public is better protected from marijuana consumption-caused worksite and roadway injuries and deaths in the U.S. than in Canada because pot remains illegal federally in the U.S., despite recreational and medicinal use being legalized in more than a dozen states. That’s because random testing of safety sensitive jobs is compulsory, even in the states where pot consumption is now legal.

Meanwhile, in Canada, the federal government has failed to implement laws and standards that protect workers, he said.

Ottawa has acted to ensure that employees in the nuclear power industry are subject to random testing, for instance, but that is the only industry where it has taken action to protect worker safety.

Demers said provinces, given the absence of national standards, have been forced to act, which has created a hodgepodge of regulations across the country.

Employers have also had to act, even while facing possible human rights and other court challenges.

Air Canada, for instance, has implemented a strict no-pot consumption policy for its pilots and crew.

Municipalities have also needed to act unilaterally. For instance, the Toronto Transit Commission (TTC) implemented a policy forbidding its drivers from consuming marijuana after a pedestrian was killed by a driver who had consumed pot.

Demers believes the government and Canadians overall have failed to understand how dangerous today’s marijuana can be, given that its hallucinogenic impacts are far more intense than might have been the case 20 years ago, when some Baby Boomers consumed it.

For instance, he cites World Health Organization (WHO) and Health Canada warnings that neurocognitive impairment from pot use can linger for days after consumption. He said the key ingredient in pot that creates a “high” tetrahydrocannabinol (THC), is up to 20 times more powerful than in the past.

Industry aware of the issue

Demers believes the federal government, in particular, has failed to conduct the research that was necessary before legalizing pot.

However, he also adds that “nothing has changed” now that it has been legalized, since a large percentage of Canadian adults have consumed marijuana, many of them having done so on a regular basis. And many of them work in the energy sector.

“I think a lot of companies [involved in the energy industry] are aware of the risks because it [pot consumption by workers] is not new,” he said. “The major producers [of oil and gas] know what’s coming.”

However, because many of those same producers utilize a large number of contract workers, they are more vulnerable than they may think, he said,

“I think they’re doing everything they can,” he said, adding that most have updated their policies around worker impairment issues and trained their occupational safety employees to deal with pot use.

“But for a lot of the employers [in the energy industry] it’s out of their hands,” because government legislation and policies are either weak or non-existent. “They have to fight the big fight themselves.”

Companies working with contractors need to work very closely with the contractors to ensure that they are aware of the workplace risks, he said.

“I believe that will cost the lives of Canadians,” he said.

Despite his concerns about legalization, Demers said there are a number of steps governments and policy makers can take to protect the health and safety of Canadians, steps that should have been implemented prior to legalization, including:

Brad Herald, vice-president of Western Canada operations for the Canadian Association of Petroleum Producers (CAPP), said his association said he agrees with Demers that employers have been left out on a limb regarding legalization.

“We need to see stronger national standards,” he said.

He said the rules around “fit for duty” testing are essentially non-existent, which jeopardizes the safety of workers.

Nevertheless, given the reality that pot is now legal, he said CAPP has taken many steps to prepare its members for that reality, by offering seminars, among other initiatives.

Its Health and Safety Steering Committee has dealt with impending legalization for years, he said.

However, CAPP remains concerned about the lack of national standards and legislation.

Nevertheless, he said now that pot will be legal that might remove some “barriers” in the way of conducting university and other research that may eventually improve worker safety.

Murray Elliott, president and CEO of Energy Safety Canada (ESC), which works with the energy sector to help it protect the safety of its employees, said ESC has been working with the industry for decades (as were the former Enform Canada and the Oil Sands Safety Association, which merged to become ESC) to prepare the industry for legalization.

In June, ESC and the Construction Owners Association of Alberta announced the release of a co-produced updated alcohol and drug policy model to support workers in safety-sensitive workplaces.

The Canadian Model for Providing a Safe Workplace (Canadian Model) is a detailed cross-industry guideline to support companies with updating their workplace impairment policies. Developed in co-operation with employers, labour associations and legal and medical experts, it is aimed at providing “a solid legal framework” for employers.

When the policy was released, Elliott was critical of the “legislative gap” in Canada regarding random testing to address workplace impairment, a position he continues to hold.

Elliott said now random drug and alcohol testing needs to be done on a case-by-case basis, which is simply too risky.

Despite this, he said he’s confident most energy industry employers are prepared for legalization.

He worries about safety issues “outside the workplace” particularly on roadways. That could affect the safety of many energy industry workers, since they work in remote areas and experience “a lot of windshield time.”

An email was sent to Allan Rewak, executive director of the Cannabis Canadian Council, which represents companies and others involved in the marijuana sector, seeking comment on the suggestion the sector might use its financial clout to weaken workplace safety legislation and standards. There was no response.