The combination of a pandemic lockdown, mass unemployment and riots in the streets is the last straw for many urban residents. They are getting out as fast as they can…

Professionals, young families and retirees are all fleeing the major cities and moving to suburbs or even further out in the country. They are finding good schools, lower taxes and good internet connections where they can keep their jobs without dealing with the riots and murders that are the new norm in many major urban areas.

Your editor has joined the exodus, the mass migration… and largely for the reasons listed.

He has quit the clamorous city of Baltimore — seven years his home — and winged off to the tranquil municipality of Annapolis. It is perhaps 30 miles distant. 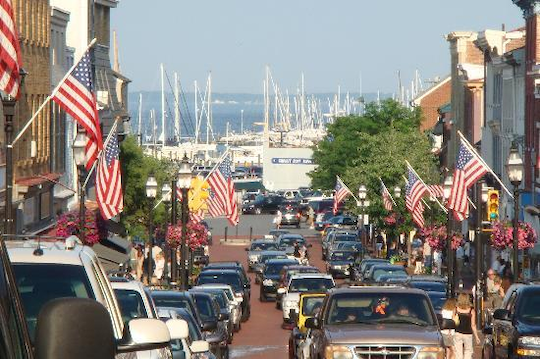 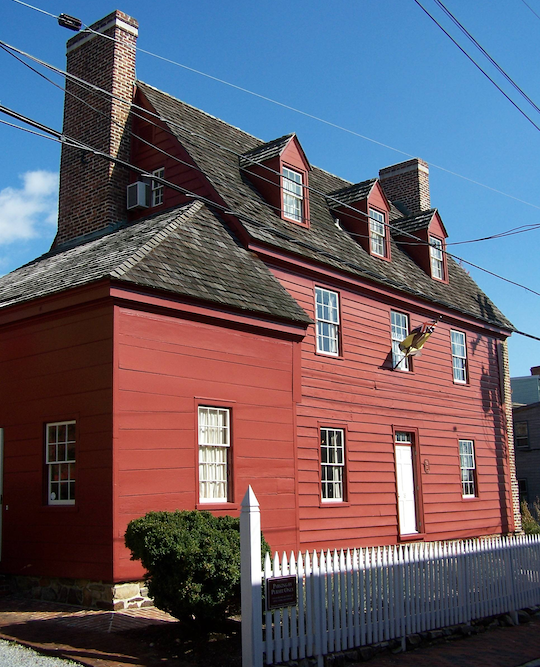 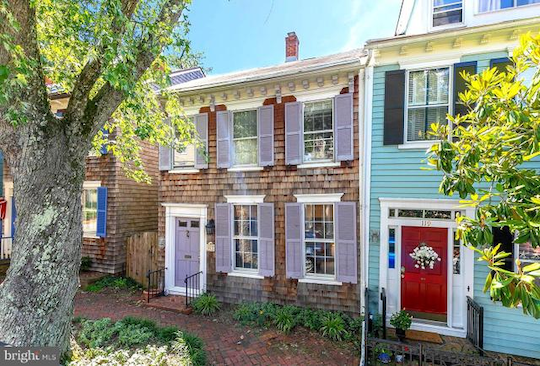 A Change of Pace

We are near enough to Baltimore in the unfortunate event that our office reels us in — yet distant enough to escape Baltimore’s appalling gravity.

No longer are we menaced by violence downtown, midtown, uptown, east or west…

We are instead mellowed, soothed, tranquilized by the gull’s lullaby cries… the chimes of bobbing buoys… the sound of easy bay breezes sighing through rigging.

The only routine dins are the toot-tooting of boat horns and the ding-ding-dinging of bells from the rising and falling drawbridge nearby.

Yet this we must report:

An alarming feature of Baltimore has followed us to this mid-Atlantic idyll — the sound of gunfire.

The Annapolis Yacht Club blasts a cannon each evening at sunset.

It puts out a mighty roar… and we have jumped feet in the air each evening since our arrival.

The club bugles taps as the colors are lowered… in the honored sundown tradition. 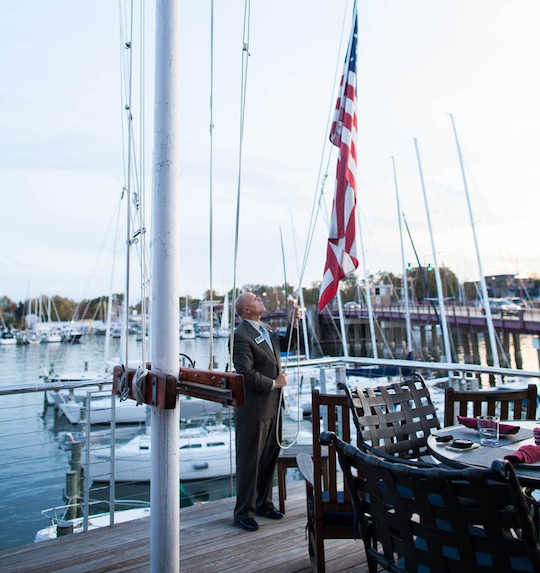 The Maritime Republic of Eastport

We have planted our flag among a jackleg crew of disloyalists, insurrectionists and secessionists…

For we now call home a sector of Annapolis called Eastport — that is, the Maritime Republic of Eastport.

Eastport had been largely independent for 100 years until Annapolis annexed it in 1951.

Then on January 25, 1998, Eastporters rose in thunderous rebellion, trained their cannons on Annapolis… and announced their defiant independence.

Two score and seven years ago, we, the people of Eastport, were annexed against our will into the city of Annapolis, and ever since have suffered second-class status at the snobbish hand of Annapolis Proper.

No more. Thus was born the Maritime Republic of Eastport.

The new nation even featured its own constitution, its own anthem… and its own flag: 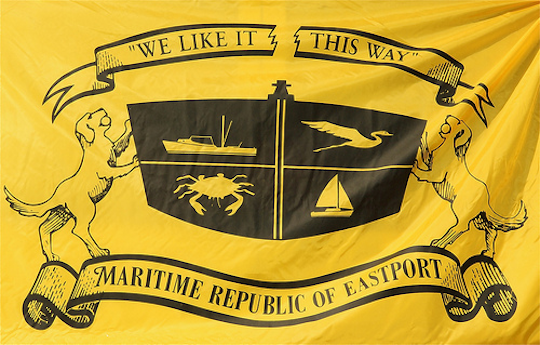 “Eastport is revolting,” read the banner of an overhead airplane.

This revolting we applaud. That is because we are heart and soul for the American spirit of independence.

We are with Jefferson:

Liberty’s tree must be occasionally refreshed with the crimson of patriot and tyrant alike.

What is more… we recognize the rights of states, cities, counties and villages to secede from whichever higher polity that menaces their happiness.

Was not the United States erected upon this decentralizing and liberating doctrine?

King George did not sign a peace treaty with the United States in 1783.

These were recognized as “free, sovereign, and independent states.”

Were Washington and Jefferson Traitors?

Do you reject the idea of secession? Then what about the American Revolution?

You must agree that Washington should have dangled dead from the tallest tree, hung.

And Jefferson should have dangled with him — with each Declaration signer joining them aloft.

Is this your belief?

Because Mr. Lincoln said so?

Upon what constitutional bedrock did he stand?

The constitution neither allows nor disallows secession. Legal scholars to this day wage their own uncivil war over its legality.

But no more head-in-the-clouds abstractions. Let us come home…

Eastport’s secession was in fact a spoof, a knee-slapper, a marketing caper devised to draw business.

The bridge joining Eastport and Annapolis required repairs. Annapolis would close it for three weeks to effect them.

Eastport sobbed about the reduction of commerce that would ensue.

Thus the false sedition was hatched. The Sun:

Eastport, the small Annapolis neighborhood comprised largely of transient sailors, hermit artists and poets, pulled off one of the quirkiest events and cleverest marketing ploys…

The secession was largely an effort to promote Eastport bars and shops, letting visitors and Annapolitans know the businesses will be open while state workers replace worn pieces of the two-lane, metal-frame bridge. It will just take longer to get there…

In a manner decidedly normal to the small peninsula… conspirators declared their independence the only way they knew how: with pints of beer, a marching band and four cannons.

“This is one of the most fascinating marketing concepts we’ve come up with,” acknowledged (one secession organizer).”It really grew into a way to encourage people to come to Eastport while the bridge is closed.”

The Maritime Republic’s prime minister — a barber when off duty — brought the farce into high relief when he said:

We declare we have full power to levy war, conclude peace, establish commerce and do all the other neat stuff which independent states may of right do, especially throw really big parties.

All was peace. All remains peace 22 years later.

And so here we are in this indivisible union, after our own personal secession from Baltimore, participating in the great exodus from American cities.

We have not glanced backward. Nor do we intend to…