Today I bring to you an interesting story of two billionaires…

Both of whom have terrific intentions for helping the human race combat global warming.

What you’ll find interesting about these two men is that despite their good intentions, both have very different views on how to solve the problem.

However, after some thorough research myself, I’ve uncovered that only one of these men’s views actually makes sense. And as informed investors, we have the ability to (continue) profiting as these two men fight to save our planet…

In This Corner — Billionaire #1 Jeremy Grantham

What you need to know about this billionaire is that he is one of the best macro-level investors of the past half century.

Grantham is especially prescient about sounding the alarm bells on dangerous financial market bubbles before they pop. Investors listening to Grantham would have avoided the crash in 1987, the Dot.com crash in 2000 as well as the real estate and stock market crashes of 2008.

His track record is one that proves his opinions should be considered carefully.

Grantham believes that planet Earth will soon have an unsustainable number of mouths to feed.1 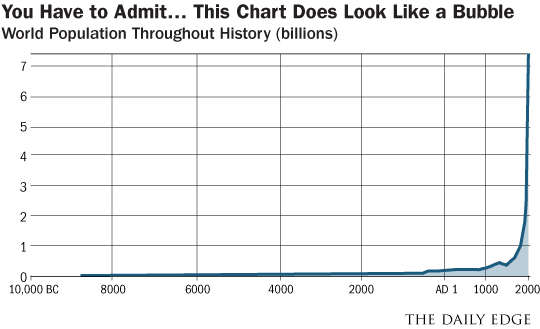 Grantham’s view is based on his belief that global warming is going to cause serious food shortages.

According to Grantham, rising sea levels are going to flood key rice growing farmland in several enormously populated river areas. That hit to global food supply — combined with a rapidly growing population in those same areas — will be catastrophic.

Grantham’s investment response to this was to divest anything that he owns tied to the oil and gas industry. His belief is that the transition towards renewables is going to happen with shocking speed in the coming years due to the growing seriousness of global warming.

For some perspective on Grantham’s conviction level, consider the fact that he is donating 98 percent of his net worth to save the Earth from the consequences of climate change.

In The Other Corner — Billionaire #2 Bill Gates

When you have a net worth of almost $100 billion, your name gets out there!

Like Jeremy Grantham, Bill Gates believes that climate change is a problem.

And like Grantham, Bill Gates is trying to help stop climate change through a $1 billion investment fund that is seeking solutions.

Unlike Grantham, however, Gates doesn’t believe that the oil and gas industry is going away anytime soon.

In fact, Gates believes that the energy provided from oil and gas is going to continue to be quite important. Gates views intermittent renewable energy sources like wind and solar as not even close to being a realistic solution.

According to Gates, the problem with these renewable energy sources is that they simply aren’t reliable. When the sun isn’t shining and the wind isn’t blowing there isn’t any power. Because they provide intermittent power, these sources of energy require storage and according to Gates, current battery storage capability for them is “woefully deficient.”

To be a real replacement for oil and gas, Gates believes that renewables need a miracle.

Bill Gates desperately wants the world to wake up and realize that finding renewable energy is just part of the equation.

That’s because as he astutely points out, greenhouse gas emissions actually come from several sources:

These numbers are revealing.

But we can’t stop there. Other targets should include everyone who uses anything manufactured (steel, plastic, cement, etc.), runs an air conditioner, or takes a vacation.

If you are buying a Tesla to save the environment, you should also be eating vegan and living in a tent. That is a bit dramatic, but you get my point.

Your takeaway today is that no matter what you think of climate change, what you should know is that the Gates view is much more realistic.

We are miles away from not needing the power provided by oil and gas and therefore the drillers, refiners and pipeline companies whose stocks have performed so well this year should still serve a valuable service well into the future.

Further, the people pointing fingers over climate change — like Jeremy Grantham — need to start directing those fingers in many more directions than just energy producers if they really want to make a difference.

Here’s to looking through the windshield,